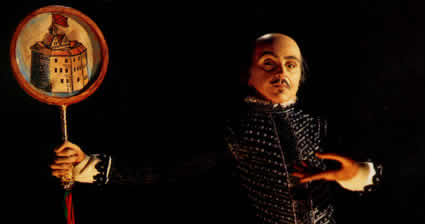 William Shakespeare, alone on stage, auditions for his life, in front of a rather unimpressed Peter Hall