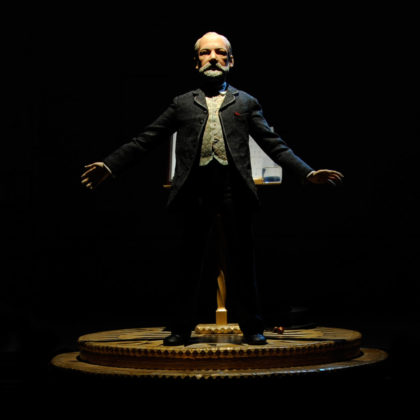 Barry’s theatrical and often controversial films have won more than sixty international awards. His work is known for its innovation, passion, elegance, lush visuals and fresh interpretation of familiar subjects.

The first six of his films have been released on a compilation DVD:  Barry Purves – his intimate lives.

Barry has worked in significant roles on Mars Attacks! directed by Tim Burton and King Kong, directed by Peter Jackson.

Barry has been involved with many well known and beloved series for television as animator or director. These include: Rainbow, Chorlton and the Wheelies, The Pied Piper of Hamelin, The Wind in the Willows, Rupert Bear, Postman Pat and Bob the Builder.

He was supervising director on 100 episodes of Ragdoll’s hugely successful production ‘Twirlywoos’ for the BBC.

Commercials and other work

Since 1986, Barry has directed and animated some 70 commercials, title sequences and animation inserts for films and pop promos, through Aardman Animation, Redwing, overseas agencies, the BBC, and through his own company, Bare Boards.

He has also made a film with the animators at Staffordshire University based on Britten’s Young Person’s Guide to the Orchestra.