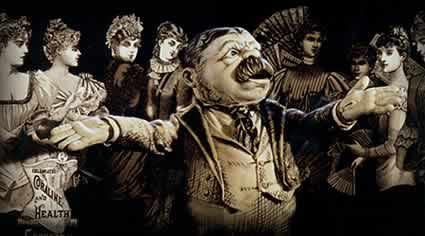 Richard D’Oyly Carte wonders what he has done in introducing the temperamental Gilbert to the equally difficult Sullivan.